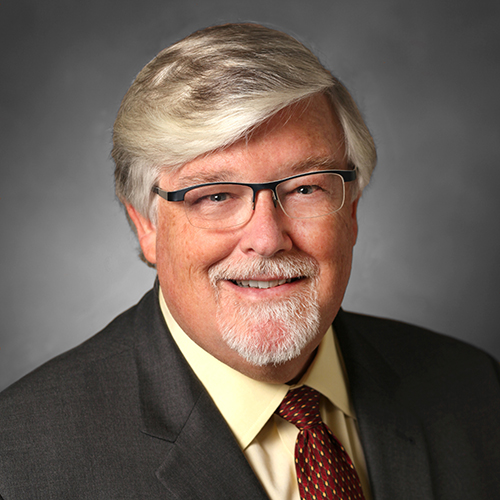 Anderson was sworn in during the presidential inauguration and convocation at the ACOG Annual Meeting, the largest gathering of ob-gyns in the United States and the premier medical conference focused solely on women’s health.

During his speech, Anderson announced that his presidential initiatives will include supporting more research in women’s health care and reenvisioning the system of delivery of surgical care that optimizes patient safety and patient outcomes.

“I have assembled a robust and diverse task force with representation from all aspects of women’s health care to investigate what practice patterns of the future might best deliver the highest-quality gynecologic surgical care in the most efficient and safest manner,” said Anderson.

Anderson is the Betty and Lonnie S. Burnett professor of obstetrics and gynecology at Vanderbilt University Medical Center in Nashville. Anderson earned his bachelor’s and master’s degrees from the University of Southern Mississippi and his doctorate in anatomy and cell biology from Vanderbilt University, where he received his medical degree and completed a residency in obstetrics and gynecology and a fellowship in reproductive pelvic surgery. After serving as the chief of the ob-gyn service at the HCA Centennial Women’s Hospital, he returned to Vanderbilt to establish a fellowship in minimally invasive surgery.

Currently, Anderson serves as vice chair for clinical operations and quality in the department of obstetrics and gynecology and executive medical director of women’s services for the Vanderbilt Medical Center. He is the former president of the Middle Tennessee Ob-Gyn Society and the Lonnie S. Burnett Ob-Gyn Society.

Anderson has also volunteered his time serving on the board of directors for the Mary Parrish Center for Victims of Domestic Violence; the Step Ahead Foundation, which provides long-acting reversible contraceptive birth control for patients at no cost; and the American Association of Gynecologic Laparoscopists and its fellowship in minimally invasive gynecologic surgery.

Within ACOG, he has served as the Junior Fellow College Advisory Council chair, Section and District chair, and the Council of District Chairs chair and treasurer.

Ensuring Space as a Form of Resistance

Thanking Our Community for Supporting ACOG in 2022