Austin, Texas—Today, Lisa M. Hollier, M.D., of Houston, Texas became the 69th president of The American College of Obstetricians and Gynecologists (ACOG), based in Washington, D.C.

Hollier was sworn in during the presidential inauguration and convocation at the ACOG Annual Meeting, the largest gathering of obstetrician-gynecologists in the United States and the premier medical conference focused solely on women’s health. 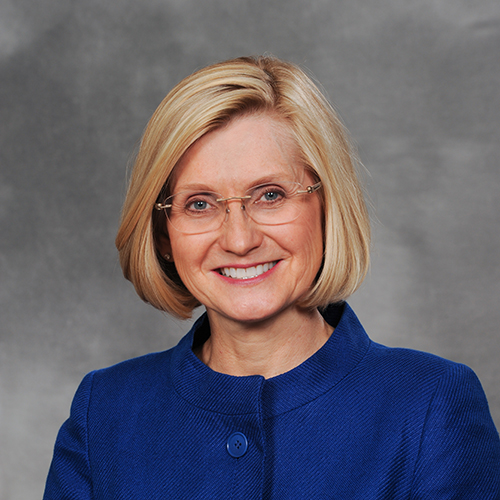 During her speech, Hollier announced that her three presidential initiatives will focus on reducing preventable maternal mortality, stating, “To achieve our full potential not just as women, but as a country, and as a global community, the health of women MUST be a priority. Together we must make women's health care a national priority and ensure that women have access to the spectrum of high quality health care.”

Hollier stressed the need for ACOG to continue its strong advocacy for state and federal legislation to establish maternal mortality reviews. State-based reviews provide the best opportunity to comprehensively assess and characterize maternal death, to understand the causes and contributing factors, and identify opportunities for prevention.

Hollier also called for continued efforts to enhance patient outcomes by promoting a culture of safety. She highlighted the Alliance on Innovation on Maternal Health (AIM), a national data-driven maternal safety and quality improvement initiative to reduce maternal mortality and severe morbidity.

Creating a multidisciplinary task force that addresses cardiac contributors to mortality and morbidity during pregnancy is also one of Hollier’s presidential initiatives. During her speech, she noted that cardiovascular disease is the number one cause of death in women in the United States (400,000 deaths annually) and that cardiovascular events and cardiomyopathy are the leading causes of maternal mortality, accounting for nearly 25 percent of deaths.

According to Hollier, the task force will concentrate on creating evidence-based best practice guidelines addressing screening for, diagnosis, and management of cardiovascular disease in women, before, during and after pregnancy. It will also address the pregnancy-related contributions to lifelong cardiovascular risk by evaluating the evidence, making recommendations, and prioritizing research to answer questions that will drive better care.

Hollier is a professor in the department of obstetrics and gynecology at Baylor College of Medicine in Houston, Texas. She serves as the Chief Medical Officer for Obstetrics & Gynecology for Texas Children’s Health Plan and is the medical director of Obstetrics and Gynecology for The Centers for Children and Women. She received her Medical Degree from Tulane University School of Medicine and her master’s in Public Health from Tulane University School of Public Health and Tropical Medicine in New Orleans, Louisiana. She completed her residency training in Obstetrics and Gynecology at Baylor University Medical Center in Dallas, Texas, followed by subspecialty fellowship training in Maternal-Fetal Medicine at The University of Texas Southwestern Medical School in Dallas, Texas.

Hollier has held many roles in ACOG during her career in obstetrics and gynecology. She has been Assistant Secretary of ACOG and served on many College committees and Presidential Task Forces and Work Groups. She chaired the Committee on Professional Liability, the Committee on Credentials and the Work Group on Women’s Health Care Team Leadership. She served as the ACOG representative to the Society for Maternal-Fetal Medicine board of directors for five years. She currently acts as the Chair of the Texas Maternal Mortality and Morbidity Task Force.

Hollier is past president of the Texas Association of Obstetricians and Gynecologists and is Past Chair of District XI of ACOG. Throughout her career, she has been dedicated to caring for the underserved and improving women’s health by advancing women’s health policy.

ACOG Statement on the Decision in Dobbs V. Jackson

ACOG’s Delegation to the AMA: Historic Advances for Reproductive Health