On November 8, U.S. voters will choose the political direction of the country for the next two years, electing leadership at the local, state, and national levels and casting their votes on critical ballot initiatives affecting reproductive health care in Kentucky, Montana, California, Michigan, and Vermont.

Voting and health are intrinsically related. In fact, in June, the American Medical Association's House of Delegates updated AMA policy to acknowledge that “voting is a social determinant of health and significantly contributes to the analyses of other social determinants of health as a key metric.”

As Election Day approaches, obstetrician–gynecologists have an opportunity to encourage their patients and their communities to vote in a variety of ways. Many ACOG members are already doing so. 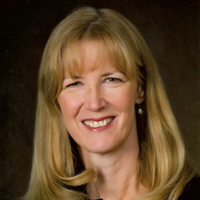 A banner on the website of Oklahoma private practice Lakeside Doctors Gynecology & Obstetrics states: “We love our state, but a recent study found Oklahoma is considered the worst state to live in for women, highlighting poor outcomes in nearly every metric, including poverty, voter turnout and life expectancy. Oklahoma was 46th in share of women who voted in the 2020 presidential election. We encourage women to register to vote by October 14, 2022, and participate in the next statewide election November 8, 2022.” The banner links to the Oklahoma State Election Board website. Dana Stone, MD, FACOG, told ACOG that the Lakeside physicians considered their voter registration efforts to be a crucial part of their patient advocacy. 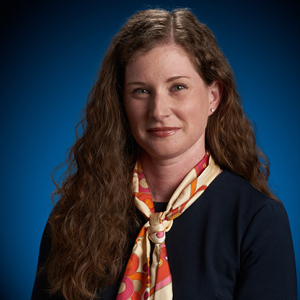 In North Carolina, Katie Borders, MD, FACOG, wrote an op-ed that ran in three newspapers warning how a statewide abortion ban would affect reproductive health care: “It could mean physicians are criminalized for doing their jobs. It could mean that a patient – you, your parent or your child – has care delayed while a physician consults with an attorney rather than proceeding with appropriate care. It’s already happening in other states.” Dr. Borders expressed concern that legislative interference would only worsen North Carolina's obstetrician–gynecologist staffing challenges, sharing how her own practice has struggled to recruit physicians for the last two years.

She concluded: “Help keep North Carolina a safe place to live and practice medicine. Vote Nov. 8 or during early voting. Every vote will matter.” 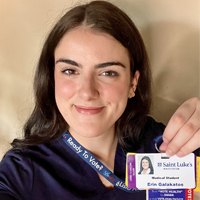 University of Missouri-Kansas City medical student Erin Galakatos praised ACOG's partnership with Vot-ER, a nonprofit, nonpartisan organization that aims to bring civic engagement into the health care space. Galakatos told ACOG that wearing her Vot-ER badge and lanyard to the hospital was critical when encouraging voter turnout at the August 2 vote on the Kansas ballot initiative. She wrote that subsequently, the badge and lanyard had prompted conversations with colleagues and patients and encouraged many to register for midterm elections. Galakatos has shared ACOG's Vot-ER resources with her colleagues so that they too can incorporate voter registration into their days leading up to elections. 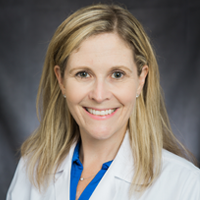 Nikki Zite, MD, MPH, FACOG, has also embraced Vot-ER, making sure that she talks about voter registration when she works at the University of Tennessee campus health center. “Vot-ER is a great tool for talking about the importance of voting no matter where my practice takes me, but talking to students about voting is energizing,” Dr. Zite said. “People whose lives are so dramatically impacted by political decisions should know that they have a critical voice in the election process.”

It’s not too late to visit ACOG's resource explaining how Vot-ER can help you talk to your community about the importance of voting.

Get Out the Vote with ACOG and Vot-ER!