ACOG would like to congratulate the individuals who were awarded Honorary Fellowship in the College. The 2020 Honorary Fellows were announced at the virtual Annual Business Meeting on April 25.

This award is presented to those individuals of outstanding achievement in the field of obstetrics and gynecology or an allied discipline. The individual is recognized nationally and internationally and is involved in advancing women’s health in the United States. 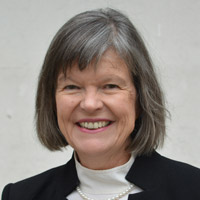 Dr. Lumsden became the chief executive officer of the International Federation of Gynecology and Obstetrics in January 2020. In this role, she supports the officers in improving the lives of women and children around the world. In this role, she was senior vice president of the Royal College of Obstetricians and Gynaecologists. She has also been the workforce lead and developed a workforce strategy for obstetricians and gynecologists in the United Kingdom, in addition to running a weekly menopause clinic.

Dr. Lumsden has held positions with the International Menopause Society and the Women’s Health Expert Advisory Group to the Medicine and Hormones Regulatory Authority.

Her current research interests include menopause and its etiology and treatment of menstrual disorders, particularly when associated with uterine fibroids and prevention of chronic disease in women in midlife. She has published extensively on these topics in peer-reviewed journals. Throughout her career, her primary interest has been evidence-based medicine with considerable experience in guideline development in menopause, menstrual disorders, and early pregnancy. She also has been involved in international guideline development with the Endocrine Society and the International Menopause Society.

Dr. Lumsden’s approach to clinical work highlights the importance of communication with and education of women so that they can engage fully in discussions regarding their own care. She was awarded the title of Officer of the Order of the British Empire in 2017.

Dr. McAuliffe’s clinical and research interests include obstetrics and maternal–fetal medicine, including nutrition and diabetes in pregnancy. She has contributed to more than 280 peer-reviewed publications and received many international awards, including from the Society of Maternal-Fetal Medicine, the British Maternal and Fetal Medicine Society, and the Institute of Obstetricians and Gynaecologists Ireland. 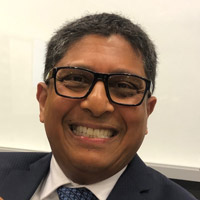 Dr. Ajay Rane completed his Bachelor of Medicine and Bachelor of Surgery at the University of Poona before returning to England to train in urogynecology. In 1996, he moved to Townsville, Australia, as a consultant obstetrician–gynecologist. In 2000, he joined the medical faculty at James Cook University School of Medicine, where he also earned his PhD and where he is the professor and head of the Department of Obstetrics and Gynecology. He is a visiting medical officer at the Mater Private Hospital in Townsville and the director of urogynecology at the Townsville University Hospital.

In 2012, Dr. Rane was an Australian of the Year finalist, and in 2013 he was awarded the Order of Australia for his philanthropic work. He has spent almost two decades treating women with catastrophic childbirth injuries in some of the world’s low-resource countries, and in 2016 he received the Mahatma Gandhi Pravasi Award for Humanitarian Work in Women’s Health. Dr. Rane is a director of Flourishing Women, an organization founded to treat and prevent birth trauma, genitourinary fistulae, incontinence, and prolapse in women in low-resource countries.

Dr. Rane is the immediate past chair of the Committee for Fistula and Genital Trauma for the International Federation of Obstetricians and Gynecologists, which leads the charge for fistula education and prevention in low-resource settings around the world.

The Explanation I Owe No One

When Choice Is Certain