ACOG would like to congratulate the recipients of the 2020 ACOG Distinguished Service Award. This year's recipients were announced at the virtual Annual Business Meeting on April 25.

This award is presented to outstanding individuals who have made significant contributions to ACOG in the disciplines of obstetrics and gynecology, government, research, teaching, or direct patient care. 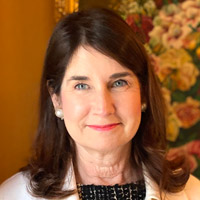 Mignon McGarry is widely regarded as one of the most reputable and effective legislative consultants in  the Texas Capitol. She has been instrumental in influencing key health care policy for more than 30 years.

In 1997, Ms. McGarry engineered the passage of a bill which allowed Texas women direct access to their obstetrician–gynecologist without requiring a physician’s referral. In 2003, she helped pass comprehensive tort reform legislation for the medical community.

Ms. McGarry served as chief of staff to the dean of the Texas Senate, and as chair of the Senate Committee on Health and Human Services. Before starting her own firm, she worked as a lobbyist for Brown McCarrol & Oaks Hartline, Austin’s largest law firm at the time.

Ms. McGarry has earned accolades for her savvy legislative, negotiation, and leadership skills from Texas Monthly, the Austin Business Journal, and the Austin-American Statesman. She considers her representation of ACOG a feather in her cap, and is proud to lend her name and reputation to the cause of furthering women’s health. 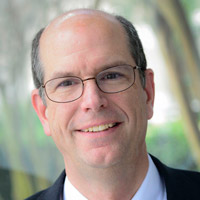 Dr. William M. Sappenfield earned his medical degree at Louisiana State University and his Master of Public Health at Harvard University. He is a professor at the College of Public Health at University of South Florida, where he serves as director of the Chiles Center, an organization that promotes optimal health and well-being across the life course of women, children, families, and communities. In addition, he is director of the Florida Perinatal Quality Collaborative, a statewide multiorganizational partnership established to improve the health care quality of mothers and infants through hospitals and health care providers.

Dr. Sappenfield has 35 years of experience in epidemiological and public health research, teaching, and practice in maternal and child health at the community, state, and national levels. This work includes 22 years with the Centers for Disease Control and Prevention (CDC), where he served as team leader for the CDC’s Maternal and Child Health Epidemiology Program.

Upon retiring from the CDC and the U.S. Public Health Service, Dr. Sappenfield served at the Florida Department of Health as the state’s Department of Maternal and Child Health epidemiologist. In this role, he led the department’s research, epidemiology, evaluation, and health data efforts to guide policies and programs for Florida mothers and children at the state and community levels. 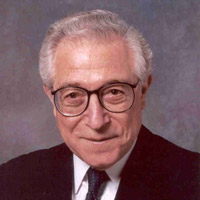 Dr. John J. Sciarra earned his medical degree and PhD from Columbia University. He is the Watkins Professor and Chairman Emeritus of Obstetrics and Gynecology at the Feinberg School of Medicine of Northwestern University.

He served as chair of the Department of Obstetrics and Gynecology at Northwestern University and at the Northwestern Memorial Hospital in Chicago, Illinois from 1974 to 2003. From 1985 until 2007, Dr. Sciarra was the editor of the International Journal of Gynecology and Obstetrics, for which he is now editor emeritus. Dr. Sciarra was also the editor-in-chief of the six-volume series, Gynecology and Obstetrics, which has been transformed into an online publication titled The Global Library of Women’s Medicine.

From 1991 until 1994, Dr. Sciarra served as president of FIGO, working to improve maternal and child health worldwide. He was chair of the Scientific Program Committee for the FIGO XV World Congress of Obstetrics and Gynecology in 1997.

Dr. Sciarra’s other international positions include roles with the Scientific and Ethical Review Group of the World Health Organization Special Program of Research, Development, and Research Training in Human Reproduction;  Carnegie Corporation Project for postgraduate training in obstetrics and gynecology in Ghana, West Africa, and International Society for Gynecologic Endoscopy.

In recent years, he has served as chair of ACOG’s Committee on International Affairs and held positions with numerous organizations including the American Association of Maternal and Neonatal Health, Association of Professors of Gynecology and Obstetrics, Association of Professors of Gynecology and Obstetrics Medical Education Foundation, and more. He is currently the vice president of the International Academy of Human Reproduction and is a member of the National Medical Committee of Planned Parenthood.