ACOG would like to congratulate Paul G. Tomich, MD, recipient of the 2020 Luella Klein Lifetime Achievement Award. This year's recipients were announced at the virtual Annual Business Meeting on April 25.

This award is presented by the Council of District Chairs to honor an obstetrician–gynecologist who has dedicated his or her life in a significant way to women’s health. 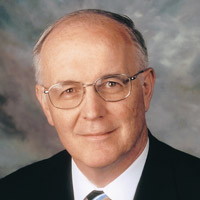 Dr. Paul G. Tomich earned his Bachelor of Science in biology from Loyola University of Chicago in 1969 and his medical degree from the Loyola University Stritch School of Medicine in 1973. Before beginning a residency in obstetrics and gynecology at the Mayo Clinic in Rochester, Minnesota, Dr. Tomich completed a surgical emphasis internship at Evanston Northwestern Hospital. He then attended Washington University in St. Louis, Missouri, for a maternal–fetal medicine fellowship.

In 1982, Dr. Tomich joined the faculty at Loyola University School of Medicine as a professor in the Department of Maternal–Fetal Medicine. There he also was the division director and became codirector of the university’s Perinatal Center. From 2002 through 2015, he was professor and division director for maternal–fetal medicine at the University of Nebraska College of Medicine, where he retired as professor emeritus.

Dr. Tomich has been a dedicated leader on national and district levels with the American College of Obstetricians and Gynecologists (ACOG). He was a McCain Fellow in 1990. With District VI, he chaired the Legislative Committee (1991–1994) and the Program Committee (1995–1998) before serving as vice chair, chair, and past chair between 1995 and 2004. He also served as District VI Junior Fellow advisor, Junior Fellow secretary-treasurer and assistant secretary-treasurer, and Illinois Section vice chair.

In addition to serving on the executive board as District VI chair, Dr. Tomich was assistant secretary from 2005–2006 and fellow-at-large from 2013–2015. Dr. Tomich has held numerous other leadership roles with ACOG including chair of the Council of District Chairs chair of task forces on Meetings Management, Section Activities, and more.

While living in Nebraska, Dr. Tomich served on ACOG’s Executive Committee and Committee on Nominations for the Nebraska Section. He was a member of the District IV Mentor Program from 2015 until his retirement in 2017. When he moved back to Illinois in 2017, he began serving on the Illinois Section Advisory Council.

In 2005, Dr. Tomich received ACOG’s Outstanding Service Award for District VI, and developed the Paul G. Tomich Lifetime Achievement Award  in 2010. He received the Council on Resident Education in Obstetrics and Gynecology–Association of Professors of Gynecology and Obstetrics Award for Excellence in Residency Education in 2011. In 2013, he was awarded ACOG’s National Award for Mentoring, representing District VI. At ACOG’s 2014 Annual Clinical Meeting, he was given the National Award for Medical Student Education.

The Explanation I Owe No One

When Choice Is Certain