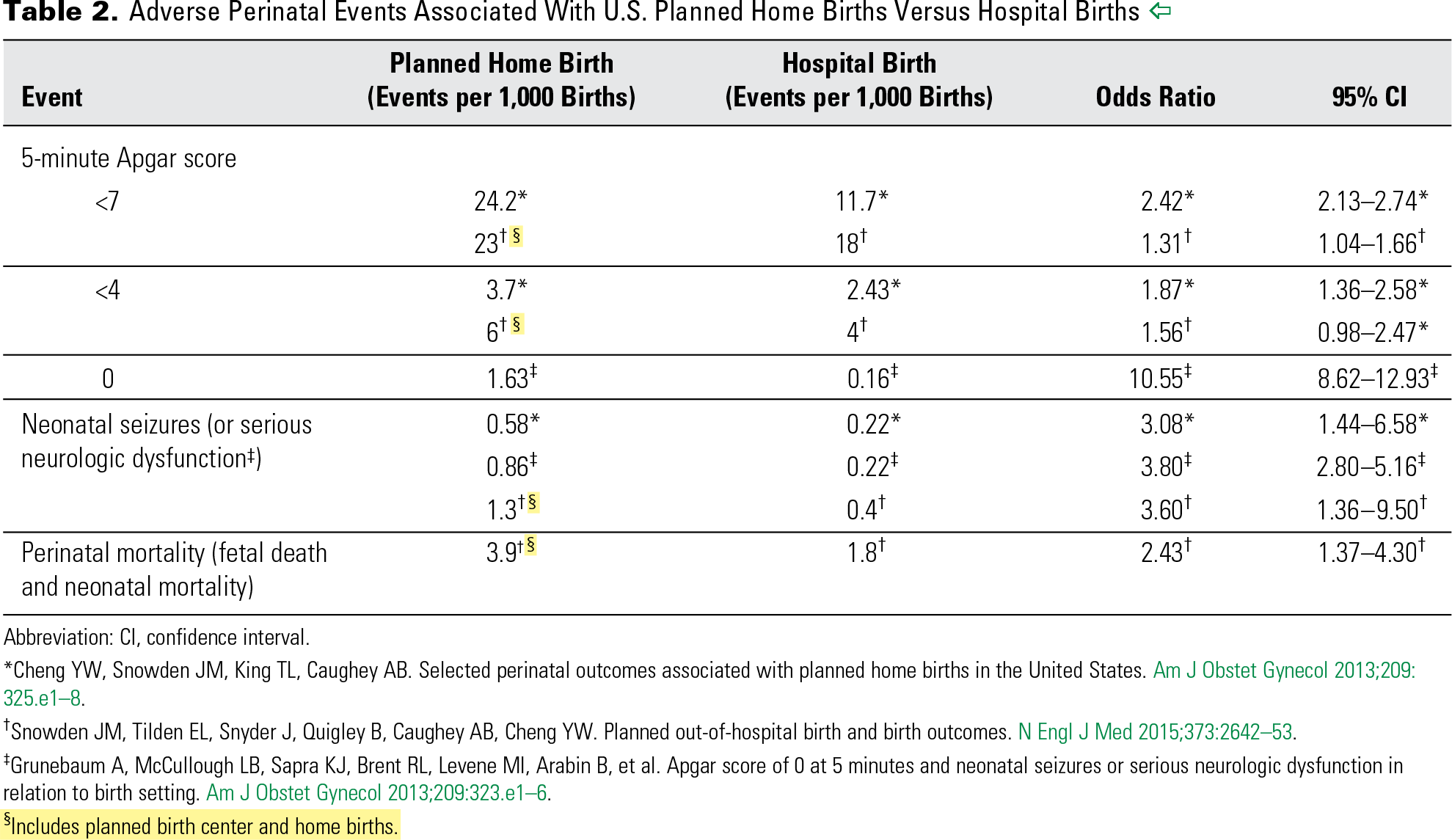 The American College of Obstetricians and Gynecologists has identified additional resources on topics related to this document that may be helpful for ob-gyns, other health care providers, and patients. You may view these resources at www.acog.org/More-Info/PlannedHomeBirth.