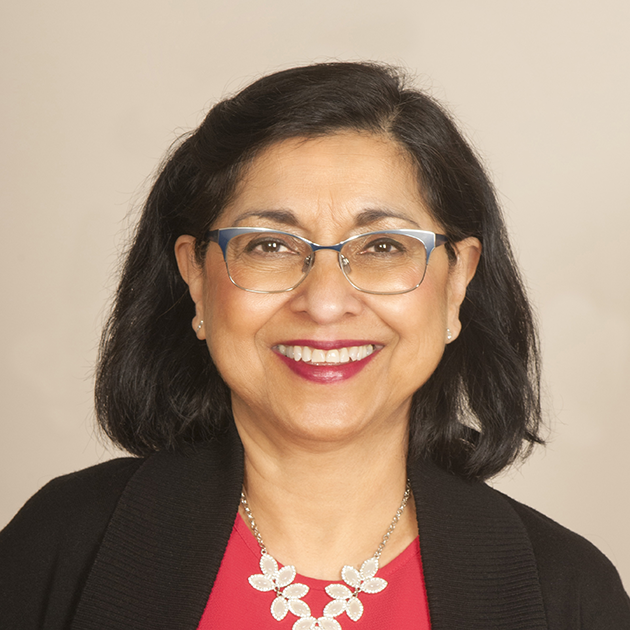 Dr. Iffath Abbasi Hoskins is Clinical Professor and Director of Patient Safety in the Department of Obstetrics and Gynecology at New York University (NYU) School of Medicine. She is a Maternal Fetal Medicine subspecialist.

Dr. Hoskins served 29 years with the U.S. Navy and Marine Corps, achieving the rank of Captain/Colonel. She held numerous leadership positions including Member of the Secretary of the Navy’s Policy Planning Board for Reserve Affairs; Commanding Officer Surgical Company; and Chief of Professional Services, 4th Medical Battalion (Marine Corps Reserves). She served on numerous Selection/Promotion Boards and as Faculty for the “Commanding Officers’ Training” at Naval War College, Newport, RI. She has received several awards for Military Leadership.

Dr. Hoskins completed a Maternal Fetal Medicine (MFM) Fellowship at the Uniformed Services University of the Health Sciences (USUHS) in Bethesda, MD. Following that, she was an MFM Attending at USUHS and Co-Director of the Medical Genetics Fellowship at National Institutes of Health.

After relocating to New York City, she held several leadership positions at Bellevue Hospital, the flagship and teaching hospital of the largest Public Health System in the US. She also had an MFM practice at New York University.

Dr. Hoskins has been Chair and Residency Program Director in two New York City Obstetrics and Gynecology Departments. She has served as Executive Director, Women’s Health Institute in Memorial Health Hospital, Savannah, GA. While in Georgia, she served as Member and Secretary in the Department of Human Resources, overseeing all public health care in Georgia.

As an ACOG Fellow, Dr. Hoskins has held several leadership positions at the national level, including on the Board of Directors, and in Committees and Task Forces. She has represented ACOG in the American Medical Association, American College of Surgeons, and American Academy of Pediatrics. Although she has been a Fellow in 3 Districts, the majority of her service has been in District II where she has served in numerous leadership positions and on several Committees and Task Forces.

Dr. Hoskins has an endowed biomedical research facility, the "William and Iffath Hoskins Center for Biomedical Research" at the Savannah Campus of Mercer University in Georgia.